I’m interested not only in advancing the state of the art but in using the state of art to help people. To this end, I am helping grow Project:Possibility (www.projectpossibility.org), an initiative to build free, open source software for persons with disabilities.

From 2007-2009, I served as one of the executive directors of the organization, serving as one of the founding members of the organization. In that capacity, I helped organize programming contests at USC. I have helped put on two programming contests known as SS12 (http://ss12.info) that bring students and industry mentors together to work on projects submitted to us by persons with disabilities and their families. In addition, I was the lead organizer of the first ever USC vs. UCLA SS12 (now an annual event).

I also collaborated on two hackathon software projects while an undergraduate student at USC: Orbit and Word Predictor.

Orbit (http://projectpossibility.org/viewProject.php?id=8) is a binary input game playable with one button.  The game can be hooked with assistive devices such as a foot pedal or a switch. We actually eventually got it to work with the Neural Impulse Actuator (a Brain Computer Interface) from OCZ Technologies! 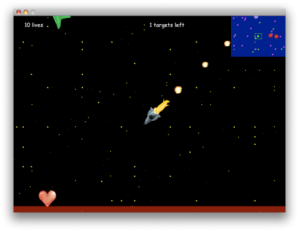 Word Predictor (http://projectpossibility.org/viewProject.php?id=5) is an advanced word predictor system that can help someone with limited mobility process text faster on a computer. It has a couple novel NLP features that I helped develop.

First, the word predictor system’s English language corpus used to generate predictive unigrams, bigrams, and trigrams is wikipedia. Surprisingly, though wikipedia seems to something about virtually every subject, its full content database is only 4GB in size! Memory is cheap but the predictive power this corpus is enormous. Even if the user is trying to type domain-specific language in biology, chemistry, political science, or linguistics, the word predictor is able to give reasonable predictions right away. Data-mining wikipedia involved creating a couple parsers for different wiki-style pages to remove wiki formatting.

Some Press Articles from my time at USC:

Viterbi Article about the event:
(http://viterbi.usc.edu/news/news/2008/project-possibility-takes.htm)